1. Optoelectronic devices either produce light or use light in their operation.

2. A Light−Emitting Diode (LED) is an optoelectronic device that, when forward biased, produces visible light. The light may be red, green, or amber, depending upon the material used to make the diode.

3. The life expectancy of the LED is very long, over 100,000 hours of operation. For this reason, LEDs are used widely as “power on” indicators ofdigital voltmeters, frequency counters, etc. and as displays for pocket calculators where they form seven−segment displays. 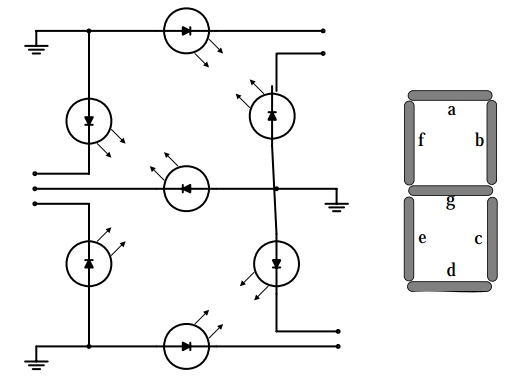 4. Laser diodes are LEDs specifically designed to produce coherent light with a narrow bandwidth and are suitable for CD players and optical communications.

5. A photodiode is another optoelectronic device which receives light and converts it to electrical signals. Photodiodes respond quickly to changes in light intensity, and for this reason are extremely useful in digital applications such asphotographic light meters and optical scanning equipment.

6. A photocell is an older device that uses light ina way similar to the photodiode. Photocells are used in various types of control and timing circuits as, for example, the automatic street light controllers in most cities.

7. A solar cell is another device that converts light energy into electrical energy. A solar cell acts much like a battery when exposed to light and as with batteries, solar cells may be connected in series or parallel to produce higher voltages and currents.

9. An optical coupler, sometimes referred to as an optoisolator, consists of an LED and a photodiode and each of these devices are isolated from each other. Isolation between the input and output is desirable because it reduces electromagnetic interference. Their most important application is in fiber optic communications links.